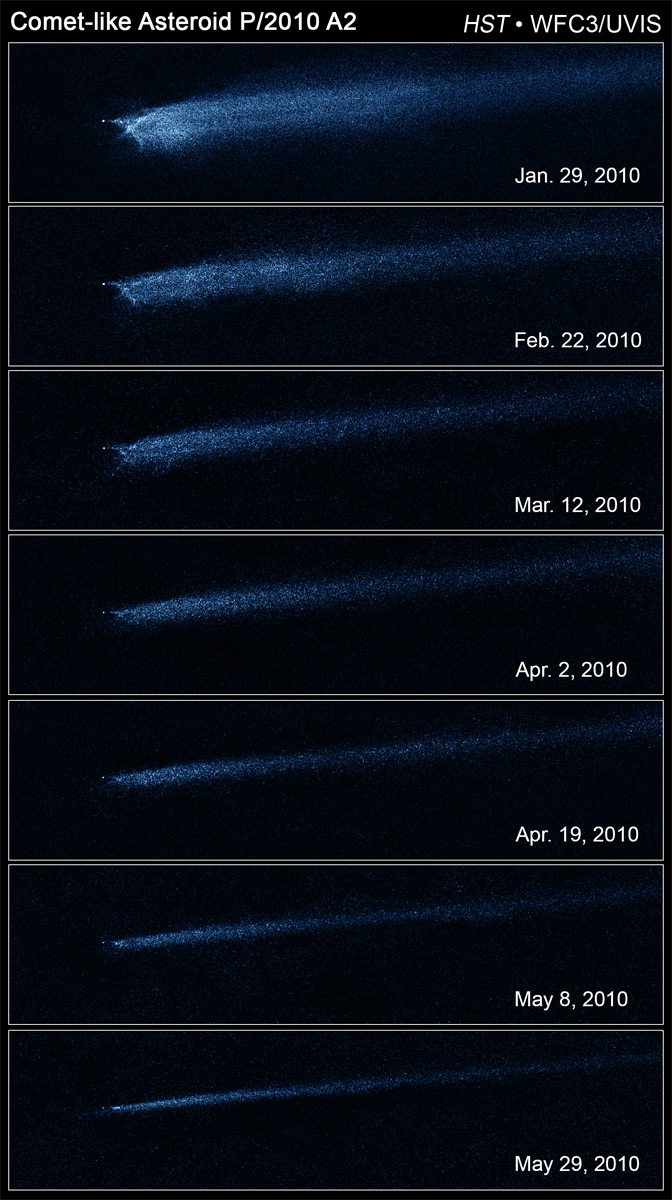 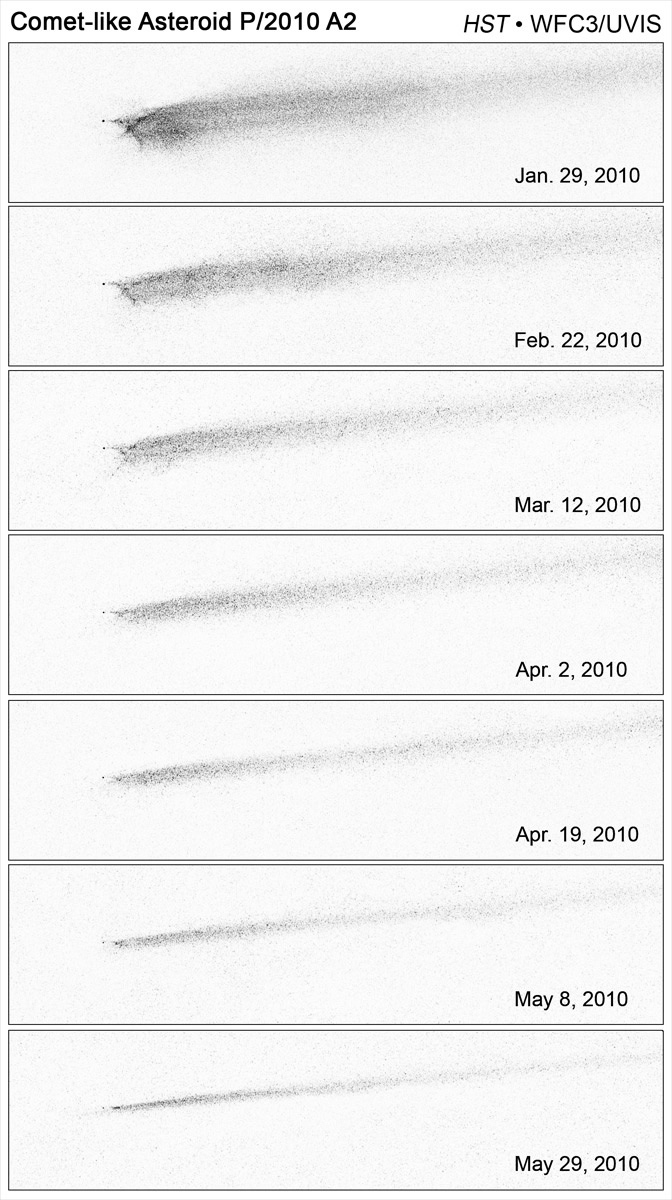 Caption: P/2010 A2 imaged with the Hubble Space Telescope and Wide Field Camera 3 on a range of dates, as indicated. The image sequence stopped when A2 entered the HST's sun-exclusion zone. [Click on the image for a larger version]

The panels all have the same scale and the object tail has been rotated for display purposes. The most obvious change with time is that the tail becomes progressively thinner. In this image, which is not corrected for the increasing distance to A2, this thinning is partly due to the increasing distance of the object from Earth. However, even after the images are corrected to a fixed distance, the tail becomes thinner. This is because the dust particles were ejected at a single time, have gone about 1/4 of the way around their orbit by the time of the first image and have there reached their maximum height above the orbit plane. They spend the next quarter of an orbit falling back to the orbit plane, and hence the tail becomes thinner. This observation is evidence that the dust was released from the nucleus about a quarter of an orbit before the first image: the orbit period is 3.5 yrs (about 42 months), so 1/4 orbit is about 10.5 months. 10.5 months before Jan 29 2010 was March 2009.

The nucleus is visible at the left-hand end of each panel, as a tiny dot. This is better seen in the enlarged images (click the picture). The nucleus magnitude was near 24 on the first date, and 27 on the last.