Summary
P/2013 P5 is a Main-Belt Comet (MBC) having an orbit within the hot, inner regions of the asteroid belt. Unlike prototype MBC 133P/Elst-Pizarro and unlike regular comets, this object is very unlikely to be driven by the sublimation of water ice. Its neighbors in the collisionally-produced Flora family are highly metamorphosed (altered) rocks, that have been heated far above the ice sublimation temperature. Ice in P5 could not survive.

The strange, multi-tailed appearance of P5, unusual even for "normal" comets from the Kuiper belt and Oort cloud, is also inconsistent with a collisional origin. This is because we have been able to determine the ages of the tails, finding that they were ejected in sequence from A to F over a 5 month period starting 2013 April. An impact would release an impulsive burst of debris, not a series of burst spread over many months. Of the remaining possibilities, one that survives is that P5 been spun-up by radiation forces to the rotational instability limit. We imagine that the surface is at the brink of a so-called "shedding instability", like a sandpile tipped to the edge of collapse. It has not reached the state where the body of the asteroid breaks up. More observations will be obtained to test this possibility. 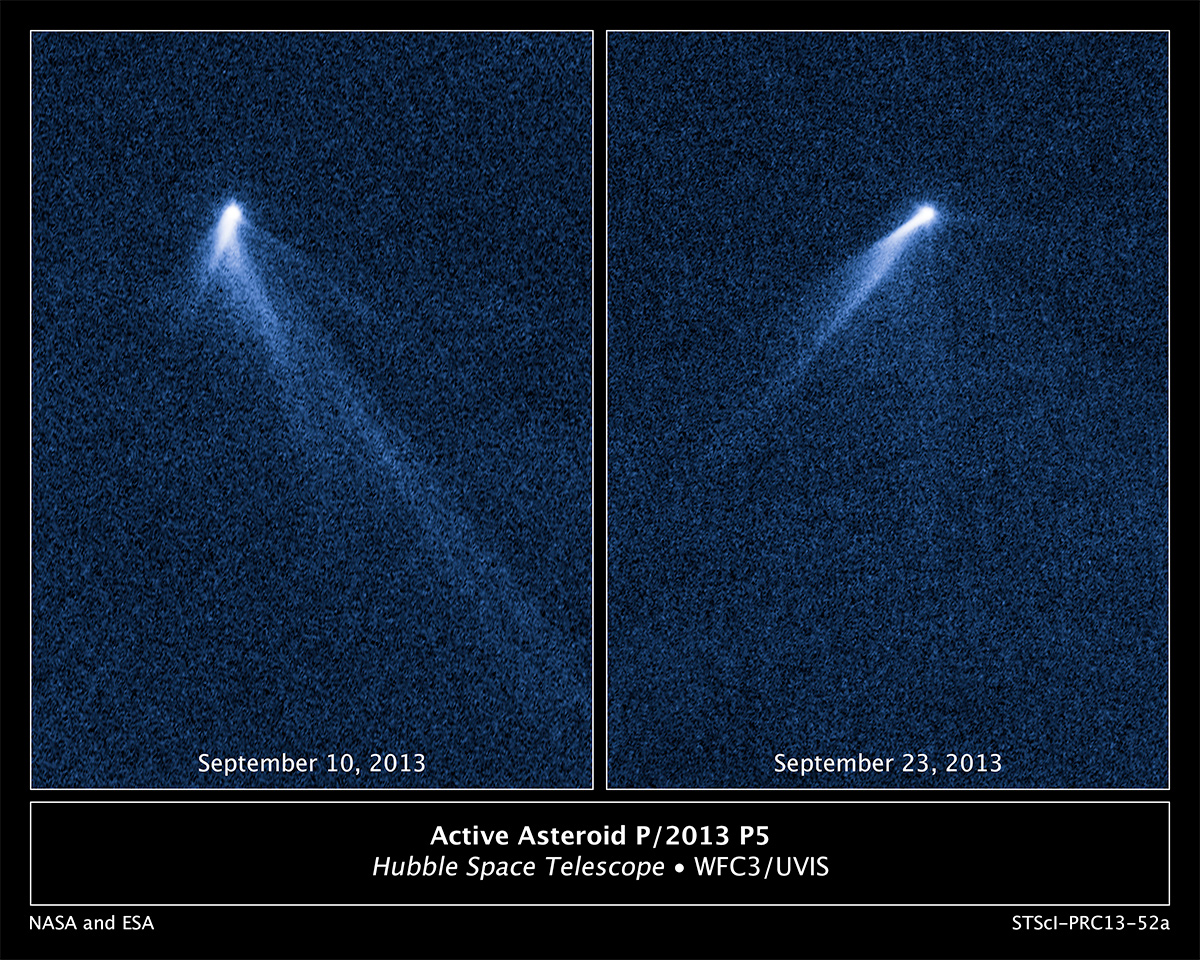 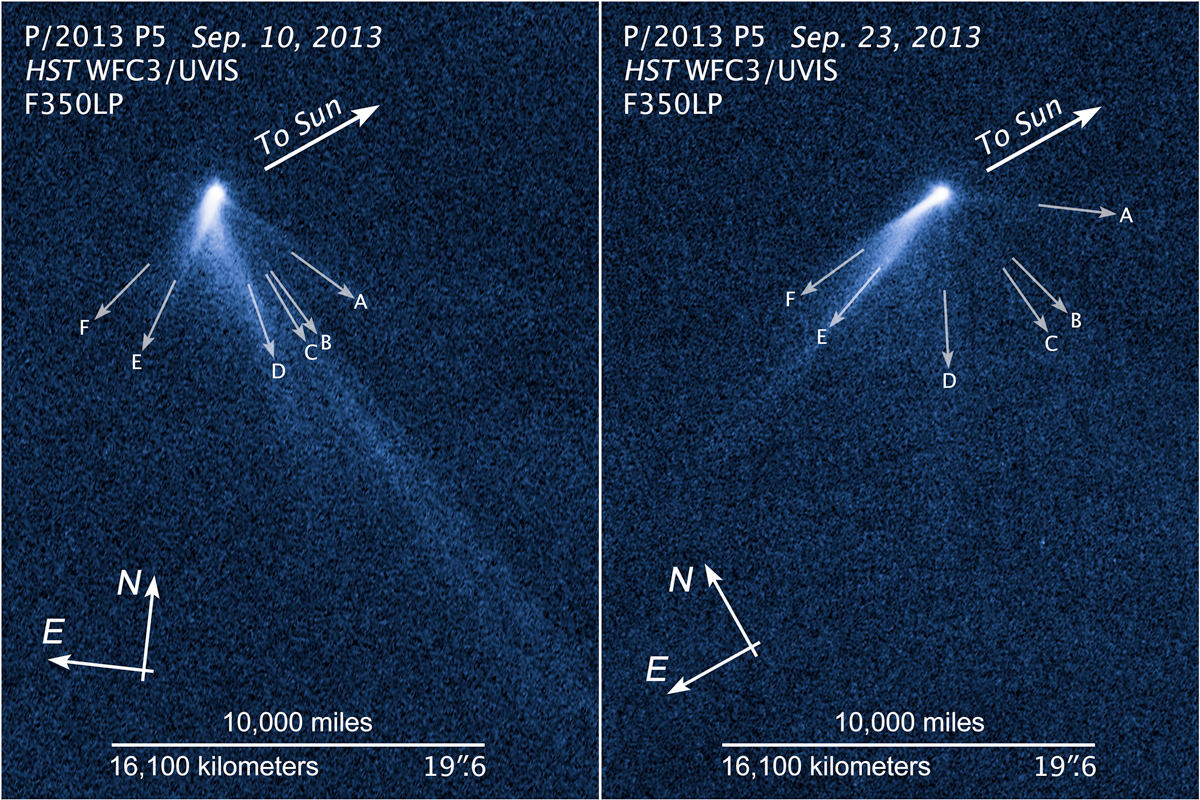 Caption: Active Asteroid/Main-belt comet P/2013 P5 imaged from the Hubble Space Telescope on 2013 September 10 and 23. Note the multiple tails that swing clockwise between the two dates. These tails are labeled in the right-hand panel, where the image scale and orientation are also given. The portion of the image shown is about 1/2 an arcmin in width. The labeled tails are dust emitted from the 250 meter (or less) radius nucleus.

Click on the images to see a larger version.

Rotational breakup may be an important mechanism for the destruction of small asteroids, rivalling or surpassing impact destruction as the way asteroids die.

Here is a link to our paper in Astrophysical Journal Letters